Hey guys, so as you may know it has been 2 years since I started my blog! I had wanted to start my own blog for a long time but I was nervous what reaction I would get when I announced it to people. In April 2017, I decided to go for it and I haven’t looked back! My blog has been very successful for me so far and I am very thankful for all of you who take the time to read my blog.

In 2017, I was completely new to blogging and I was unsure as to what I would post about. I enjoy cooking and also traveling so I decided to make it a lifestyle blog which features a bit of everything!

Shortly after starting my blogging journey, I was shocked to find out that I was nominated for a blog award in the category of best newcomer 2018. To be honest I never expected to win the award as I had only been at it about 3 months at the time but I still made it to the second last stage of the awards! This was a huge achievement for me to be recognized for an award at such an early stage.

In 2018 I was nominated for the same awards and this time I managed to take home an award for the best male influencer. I was overwhelmed and honored to have been crowned the winner of this prize at an awards ceremony which took place in Dublin. This opened many opportunities to me and it made me more determined to see what I could continue to achieve if I put the work into it.

So here we are in 2019 and what a year it has been for me so far! I have been signed to my first ever talent management company and it feels so weird to tell people that I have a manager 😂 In January I found out that I had been nominated for best Snapchatter and next upcoming social media star in the International Runway Achievers & Recognition Awards. A few of my fellow blogger friends had also been nominated for the same awards so I was really looking forward to attending the ceremony to get to meet them. The ceremony took place in the Hilton Dublin Airport hotel and I took five of my friends with me on the night. The ceremony had just begun when I heard my name being called out for Best Snapchatter, within five minutes my name was announced again and I also won the next upcoming social media star I couldn’t believe it! It’s safe to say we celebrated well in Copper Face Jacks until the early hours of Sunday morning 😂 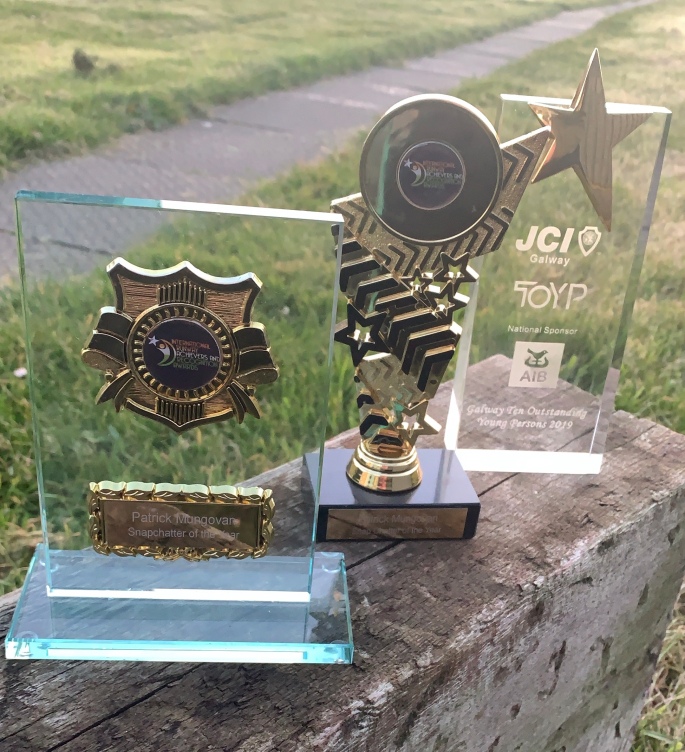 Two days later, I had another awards ceremony which took place in the Galway bay hotel. I took home a third award and this time it was the top ten outstanding young persons awards which I was awarded one in the category for personal improvement and accomplishment. It was a fantastic night getting to meet the other nine outstanding young people and to hear their stories of the fantastic work they have done for people. Overall it was a very busy weekend and I’m delighted that I was able to bring all three awards back home to west Clare!

This year, I’ve also got a new job with Spin South West! Ever since I was young, I’ve wanted to be a SPINI. I always thought it would be so cool to go around in the branded cars and it definitely is! I’m a very outgoing person so I love talking to new people and it’s great getting to meet lots of new people and see so many new places! All of the other SPINI’s are very nice and we are all of similar ages so it’s great to make new friends also. So far 2019 has been a great year for me and I’m so excited to see what’s to come for the rest of it ❤️ 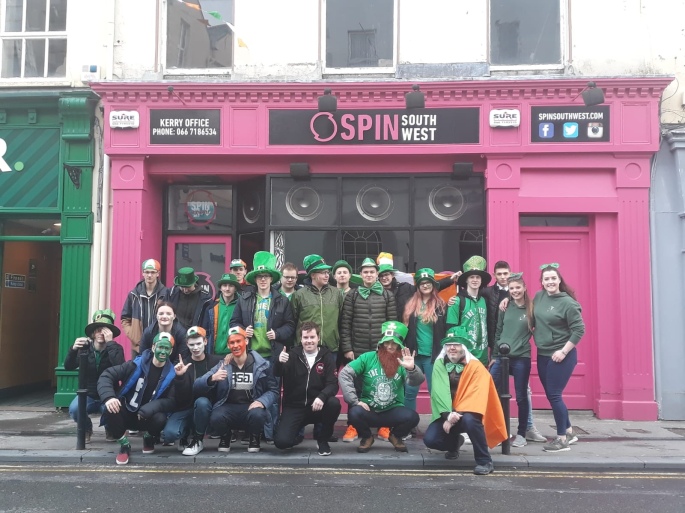